Over two years in the making, the Little Dipper® Mk II is finally ready for launch!
The flagship effect unit from Totally Wycked Audio®, the Little Dipper® is an envelope-controlled vocal formant filter based on the uber-rare Colorsound Dipthonizer circuit.
TWA® has taken this Holy Grail effect and launched it into the future with improved tracking, fuller frequency response, lower noise floor, and a pedalboard-friendly chassis with ultra-cool "Ursa Minor status display!
The Little Dipper's® dual filters will bend and morph your guitar tone into a blabbering, gurgling fury, creating frequency peaks and notches that simulate the vowels and diphthongs of human speech!
The Little Dipper® can emulate talkboxes, filters, phasers, or flangers, or spit out the most vocal-sounding wah-wah this side of the Milky Way.  Stack it with an octave pedal for the fattest, throatiest synth sounds ever!
The Mk II version of the Dipper is so crammed full of new tricks, we may as well have named it the BIG Dipper!  Every millimeter of space has been utilized to create the most versatile, feature-laden filtering effect available in a stompbox.  Yet despite all this new ear candy, the Mk II is about half the size and the same price as the original Dipper!
In addition to the plethora new control features (listed below), the Little Dipper® Mk II also features TWA's® proprietary S3 "Shortest Send Switching - a form of relay-based True Bypass switching that provides the most transparent bypass sound available.  S3 switching also automatically reverts the pedal to bypass mode if power is lost “ an essential failsafe for live gigs.
100% analog and 100% made in the U.S.A., the Little Dipper® is built from the highest quality components to assure light-years of trouble-free chatter.Don't just reach for the stars “ play them, with the Little Dipper® from TWA®!
LD-01 vs. LD-02
The following changes/upgrades have been added to the Little Dipper® Mk II that were not present on the LD-01 “
Low Boost switch added to improve performance when used with Bass Guitar
Output Level trim (internal) to control overall output volume of effect
EXP Jack for external, expression pedal control of Ascension knob
S3TM "Shortest Send Switching “ a relay-based true bypass switching that defaults to bypass if power is lost
5th "diphthong setting on Inclination switch for additional vocal effects
Occultation rotary switch “ 7-position switch that offers different timing & EQ configurations for the 2 filters, including shutoff settings for filters 1 & 2
Smaller, pedalboard-friendly chassis (Hammond 1590 size)
Same price as DIP Mk 1
CONTROL DESCRIPTIONS:
ASCENSION “
Similar to the Threshold control on a standard envelope filter, Ascension controls the depth of sweep for the Little Dipper's® dual filters. Sweet spots that create the most dramatic vowel and diphthong sounds sit around 7 o'clock, 12 o'clock, and 4 o'clock, but are also dependant on the position of the Inclination control (below) as well as note attack, input signal, etc.
INCLINATION “
This control determines the trigger timing of the two filters in relation to one another. Different settings will produce various vowel and diphthong sounds, but are also dependant on the position of the Ascension control (above) as well as note attack, etc.
NEW:  The original Dipthonizer and Little Dipper both had a 4-way rotary switch that controlled the Vowel/Diphthong selections.  The Mk II Dip features a 5-way slider with an additional "diphthong/vowel effect “ this new setting features a darker, mellower sweep that's great with Bass.
DIFFRACTION “
Diffraction is basically a fuzz effect. With Diffraction at zero setting, the Little Dipper produces "clean filtering effects. As Diffraction is increased, it adds a fuzz effect that accentuates specific frequencies in the filter sweeps, yielding more dramatic effects.
OCCULTATION “
New to the Mk II version, the Occultation rotary switch features seven new timing and EQ variations for the Dipper's dual filters.
Any of these settings can be combined with the various Vowel/Diphthong settings on the Inclination control for a virtually limitless array of filtering effects.
Clockwise from 12 o'clock, the settings are as follows:
Normal (same as original Dipper)
High Filter off
Low Filter off
High Filter delayed response - separates low and high sounds (most obvious on Inclination setting #2)
Low Filter delayed response (as #4 above)
Shift of Low Filter center frequency
More High Filter - makes sweep go higher/very glassy
More low Filter - makes sweep a bit more midrangey/more point/edge
LOW BOOST “
When in the UP position, this switch boosts 80 Hz frequency by approximately 6 dB; improving low-end response (this setting is great with Bass Guitar).
EXP PEDAL INPUT “
Connecting an Expression pedal to this input allows the user to adjust the setting of the Ascension control using the pedal “ this allows for very expressive manipulation of the Dipper's filters for even more dramatic vocal effects.
We recommend using the Roland EV-5, but other expression pedals with similar specifications will work as well.
Internal controls “
BLEND “
Mixes in clean instrument signal against the effected signal. With Blend at zero setting, the Little Dipper passes effected signal only. With Blend at full setting, the Little Dipper passes equal amounts of clean and effected signal blended together.
GATE “
The Gate trimmer acts as a threshold control for an internal noise suppressor circuit that will reduce noise between notes.  At zero setting there is no gating, and the gating becomes tighter as the control is turned clockwise.
LEVEL “
Adjusts the overall output level of the pedal when engaged.
The TWA® Little Dipper® Mk II is one of those rare instances where the reissue version of a pedal is actually better than the original! 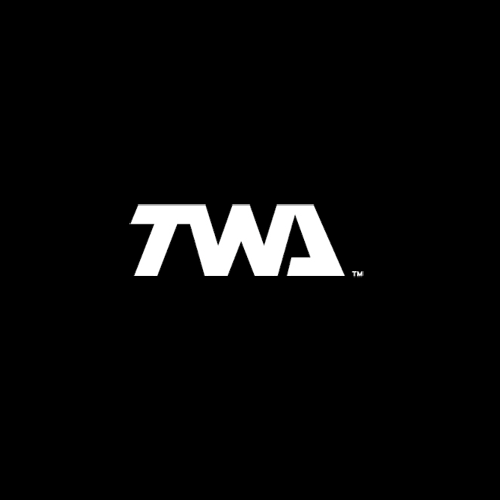